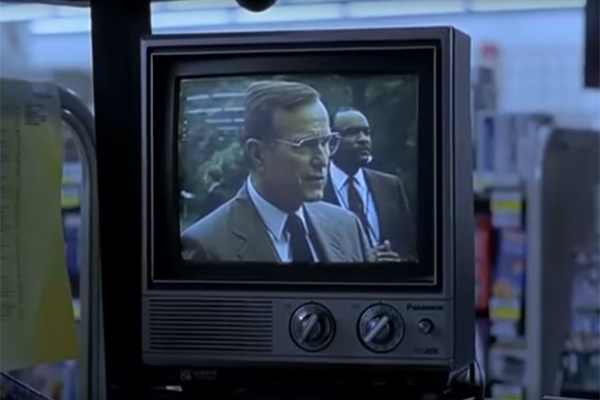 In one of the most enduring scenes that ever came out of Hollywood cinema, there lies a rather deep hidden meaning. It becomes painfully obvious once you see through it. And when you do, you will appreciate the script and the context that much more. The scene is from the movie The Big Lebowski and features Jeff Bridges and John Goodman.

Here is the context (SPOILERS ahead!):

The Dude has failed in the task entrusted to him by an old billionaire. The task is to deliver a large amount of ransom money in exchange for Bunny – the trophy wife of the said billionaire. He has instead lost that money and the old man castigates him for his ineptitude by showing him the consequences of his failure – which involves a toe that is  believed to belong to the said kidnapping victim. Disappointed with himself and worried about the victim, The Dude then ‘discusses’ the situation with his buddy Walter Sobchak. Here it is in full:

WALTER
That wasn’t her toe.

DUDE
Whose toe was it, Walter?

WALTER
How the fuck should I know? I do
know that nothing about it indicates–

WALTER
Fine, Dude. As if it’s impossible
to get some nail polish, apply it to
someone else’s toe–

DUDE
Someone else’s–where the fuck are
they gonna–

WALTER
You want a toe? I can get you a
toe, believe me. There are ways,
Dude. You don’t wanna know about
it, believe me.

WALTER
I’ll get you a toe by 3 o’ clock–with nail polish. These
fucking amateurs. They send us a
toe, we’re supposed to shit our-
selves with fear. Jesus Christ. My
point is–

WALTER
Well that’s just, that’s the stress
talking, Dude. So far we have what
looks to me like a series of
victimless crimes–

DUDE
What about the toe?

WALTER
FORGET ABOUT THE FUCKING TOE!

Essentially, the Dude has come to believe that the toe that is shown to him by Jeffrey Lebowski (the Billionaire) does indeed belong to ‘Bunny’ – the Billionaire’s wife – the apparent victim of a kidnapping. But Walter is clearly having none of it. He firmly believes that the toe is another in a series of ‘victimless crimes’ that are done by ‘fucking amateurs’! (Of course, in the end Walter turns out to be spot on!)

Which all brings us to a simple question.

Why did the Dude believe that the toe did indeed belong to Bunny?

On the face of it, the apparent ‘proof’ consisted not of direct evidence of the identity of the victim, but instead consisted of an indicator – one which needs to be taken at face value without questioning in order to arrive at the suggested conclusion – that the toe does indeed belong to Bunny. It is this very ‘indicator’ nature of the evidence that Walter Sobchak questions and confidently declares that he could generate the same evidence by 3 o’ clock that same day (with nail polish!)!

Now where else have we all seen this? Where have we seen a topic being presented in such a way that it makes an assertion first and then uses primarily ‘indicative’ evidence to backup its claims?

There are a good number of ‘news’ websites and print media that utilize this very technique to sell stories and content. Many headlines from such organizations are usually articles involving a recent quote by a personality of some significance, or one or two facts that include numbers. This is then typically followed by a description of the context. But there is a sub-category here. This group of articles contain something more. It is usually subtle, but it is there nonetheless.

These articles contain a narrative that interpret the said development in a very specific way. And they do this not by offering any hard facts, but by providing evidence that are at best ‘indicative’ in nature. These articles usually contain a catchy headline that typically signals something to be feared or worried about. The article then starts off by repeating the assertion made in the headline in a more elaborate manner. Then it goes on to the actual quote or fact(oid) which typically forms a very minor part of the full article. Then the article attempts to reference previous similar developments in an effort to forge an apparent pattern – all spelling doom to varying degrees. Then the article goes on to make statements that involve the use of modal verbs such as ‘may’, ‘can’, ‘might’, ‘could’ indicating the possibility of further bad news. And then, finally, at the end of it all, to tie it all together (I had to obviously use the pun!) and to bring a sense of authenticity and confirmation to their idle speculations, they ‘reveal the toe’!

The ‘toe’ typically involves a quote by someone directly unrelated to the actual development, but one who holds a position of some significance in some industry, academia or organization that would entitle him/her to have opinions on the matter under consideration. The bigger the said person’s significance/position, higher the level of authenticity that is perceived to be on the speculations. It is important to note that these quotes are not something that is made by these persons out of their own volition without being specifically asked for. This is almost always a situation where the quotes are actively sought out by the person writing the article, and these quotes are then included in the article to provide a sense of truth and authenticity (and general concern) to the speculative inferences/statements made preceding them. (They send us a toe, we’re supposed to shit ourselves with fear.) In a sense, the person writing the article has already built a narrative (without many facts to support them) and then looks for quotes from ‘experts’ or ‘analysts’ to corroborate the same. Of course, nowadays, these ‘experts’ are dime a dozen. (You want a toe? I can get you a toe, believe me.) So it is another question altogether whether every single ‘expert’ he/she contacts provides quotes that corroborate their narrative, or if he/she only includes those experts’ quotes that does corroborate their speculation.

So at the end of it all, it is simply a case of the writer making an initial speculative assertion and then ‘revealing the toe’ to backup their claims. So the question you, as a reader, have to ask is, “Am I being presented actual proof based on hard facts, or am I being ‘shown the toe’?” If you suspect the latter, then you know the ‘news article’ is nothing more than clickbait garbage. If it is the product of actual investigative journalism, then you will probably see a lot more information in the form of hard facts backing up the said claims. It is up to you to actively seek out the difference.

In this day and age of information/noise overload, if you even mildly suspect that you are being ‘shown the toe’, then it very likely is indeed just garbage. You should then be wary of any article from that particular source of ‘news’. This is a very simple and practical approach to consuming news media today and to distance ourselves away from fake news, pre-determined narratives, and idle speculation masquerading as truth. And if enough people do this on a regular basis, then we might still have some hope left for humanity’s progress.

I think that is well said and that many times and in many cases we are in fact being shown the toe. There is also confirmation bias at play here. People have a tendency to easily accept things that confirm their beliefs and to reject things that severely challenge these same, often long held beliefs. Add to that the new media tactics of repeating things in order to make them seem true. If you’ve heard it 3 times then it must be what everyone is saying. Check the facts and peek behind the curtain before hitting that forward button.

Calmer than you are…

CNN et. al., doesn’t even provide the toe anymore. They simply spin a narrative with no toes needed. The closest we get is “anonymous sources say there’s definitely a severed toe, and _____(fill in the blank) definitely knew about said toe. The only question is how long did they know about this toe, and which deplorable Republican help them put it there”.