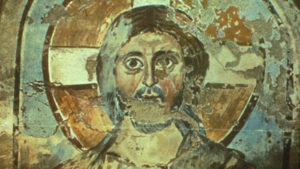 Summary: An esoteric branch of Christianity that places emphasis on the mystic path of the seeking individual, rather than via a more organized ecclesiastical structure
Category: Philosophies
Tags: Christianity

For a word that’s supposed to refer to secret knowledge, “Gnosticism” is relatively well-known today. This popular awareness is probably due to the discovery in 1945 of the “Dead Sea Scrolls”, a collection of early Christian and gnostic texts.

It’s easy to think that these scriptures, found in Nag Hammadi, Egypt, are the sacred texts of a monolithic group, the Gnostic Christians, who were rivals of the group that became orthodox Christianity. The history of Gnosticism and Christianity, however, remains hotly debated by scholars.

For our purposes, it’s enough to say that Christians identifying as Gnostics generally saw themselves as spirits in the material world. According to scholar Bart Ehrman, they believed they alone knew

“the truth that can set them free from this world of matter, which was created not by the one true God but by lower, inferior, and often ignorant deities who designed this world as a place of entrapment for elements of the divine…”

However, this other-worldly emphasis of most Gnostic belief is offset by an abiding insight found in one of the Nag Hammadi documents, the Gospel of Thomas. Joseph Campbell, in citing one verse in particular (“The kingdom of the father will not come by expectation; the kingdom of the father is spread upon the earth and men do not see it”), noted its significance for us today, here and now:

“So I look at you now in that sense and the radiance of the presence of the divine is known to me, through you.”

If only we had the true ancient texts to read in front of us. If only we could read them and their true meanings. Keep in mind not all words translate and substitutes should not be made. People have to take in traditions and culture to understand true meanings and how they were different then and now.

The Gospel of Thomas is what Jesus really taught. Read it. It’s all about hanging out with God minus the hoopla added by others.