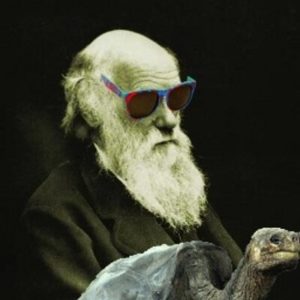 Was Darwin a Dude? We’ve suggested as much in The Dudespaper.

But what about his theory of the “survival of the fittest?” we all know that nature is meant to be “red in tooth and claw” (Alfred, Lord Tennyson’s words) and we’re all supposed to be thankful for competition because it makes us all stronger in the end. Or at least, that’s one interpretation of Darwinism. According to the latest research, however, cooperation plays an even bigger part in evolutionary development than previously imagined. Survival of the Friendliest, they call it, and it sounds pretty good to us.

According to researchers Brian Hare and Vannessa Woods: “Survival of fittest, which is what everyone has in mind as evolution and natural selection, has done the most harm of any folk theory that has penetrated society,” Hare says. “People think of it as strong alpha males who deserve to win. That’s not what Darwin suggested, or what has been demonstrated. The most successful strategy in life is friendliness and cooperation, and we see it again and again.” 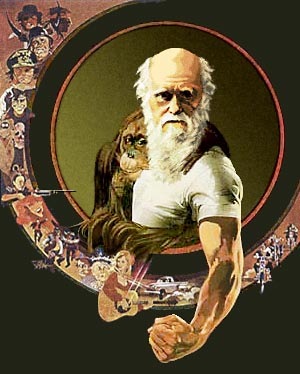 They point out that many species, from dogs to bonobos, succeed more readily than their more aggressive, individualist counterparts (wolves and chimps, respectively).

“Chimps make war — males take charge — and can be quite violent, even killing one another. Bonobos, on the other hand, are governed by females, don’t kill one another and engage in sex to maintain a peaceful collective temperament. Bonobos also are natural sharers. They enjoy sharing food with other bonobos, and never outgrow their willingness to do so, unlike chimpanzees, who become more selfish in adulthood…The friendliest male bonobo is more successful than the unfriendliest chimpanzee,” Hare says, referring to reproduction. “The most successful bonobo males have more offspring than the most successful alpha male chimpanzees.”

Consequently, in order to thrive, Hare and Woods counsel that we concentrate more on cooperation rather than competition: “The secret to our species’ success is the same as it is with dogs and bonobos. We are the friendliest human species that ever evolved, which has allowed us to outcompete other human species that are now extinct. When that mechanism is turned off, we can become unbelievably cruel. When it is turned on, it allows us to win.”

In the Big Lebowski, we see the Dude cooperate with people whom most of us wouldn’t give the time of day to. And while it serves him in bad stead from time to time, in the end he emerges unscathed. His contentious and adversarial buddy Walter sees everything as a competition and as a result screws up every opportunity and even precipitates their friend Donnie’s death. Some might argue that the Dude should not have cooperated with The Big Lebowski or Jackie Treehorn (or Walter), but in the end his cooperation with everyone (especially Maude) not only solves the case, but results in a Little Lebowski on the way (and a purty good story too). So while you won’t win from every cooperation, it surely does help perpetuate the whole durn human comedy in the long run. Down through the generations, across the sands of time.