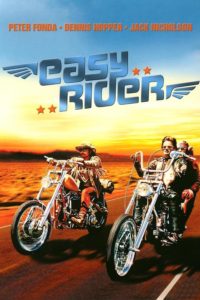 Summary: Classic movie about individuality and freedom in the 1960s
Category: Cinema

When Easy Rider premiered in 1969, it must have seemed the world was about to end.

Vietnam was escalating. America was still reeling from political assassinations. There was Nixon in the White House, the Manson Family on the West Coast, and riots erupting in between.

So it’s fitting that as the film’s biker heroes, Wyatt (Peter Fonda) and Billy (Dennis Hopper), are about to embark on a cross-country ride after scoring a big drug deal, Wyatt takes off his wristwatch and tosses it to the road. What meaning does time have in a world rapidly spiraling into the abyss? Consequently, as Wyatt and Billy set off in search of an America that isn’t there anymore (if it was ever there at all), the film rolls inevitably toward its darkly nihilistic finale.

Still, before Wyatt concludes that he and Billy blew it, Easy Rider manages to capture a vibe with a lesson that endures for us today. You sense it when they’re out on the open road together passing through the scenic American landscape or taking it easy around a campfire at night. Even as it spoke to a countercultural generation’s disillusionment, the film was reaching for a more deeply sustaining value.

Karen Black, who played one of the prostitutes during the acid trip scene, summed it up nicely: “When you saw these guys really smoking grass by the fire, and really the camaraderie was warm, real, and rare, you went, ‘What the hell am I looking at? This has value!’”