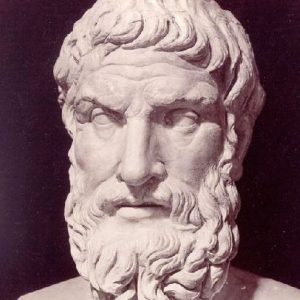 Summary: Once one of the most popular Western philosophies, and a cornerstone of Dudeism.
Category: Philosophies

Today Epicureanism is a byword for material and sensual indulgence, but in fact it began as a remedy for those things. The teacher after which the philosophy was named, Epicurus taught that though the pursuit of pleasure was man’s highest goal, it was in fact simple pleasures that were the most valuable.

Ahhhhh, the simple pleasures of vanilla ice cream. No one understand why I enjoy it so much, but you do, Epicurus, don’t you?

Epicurus is 100 percent right. I have taken time contemplating his assumptions and have come to conclude that his ideas are concrete and cannot be ignored. By saying that the pursuit of man’s pleasure is the highest goal for man. We all need excitement, whether short-lived or long-lived. We need success that brings happiness to our lives and what all these translates to is the satisfaction of pleasure in order to get rid of the pain of suffering that can deprive one of happiness.

What many people misunderstand about Epicurus is that he didn’t say we should just do whatever pleases us right now (eg another White Russian), but to make choices that will help us to take it easy in the future