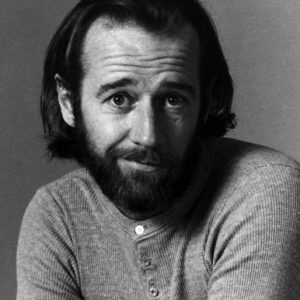 According to Comedy Central’s 100 Greatest Stand Ups of All Time, the top three standup comedians in history were not cutesy punsters like Henny Youngman or charming raconteurs like Steve Allen or wacky wildmen like Steve Martin. No, the funniest fellers of all time just happened to be Da Vincis of dick jokes, Michaelangelos of motherfucker, and Shakespeares of shit: That is to say, these three were particularly famous among their fellow comics for a trailblazing exaltation of low language. 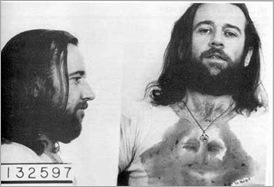 Coming in at number one was Richard Pryor. Number two was George Carlin. Number three was Lenny Bruce. While any of us would have been privileged to enjoy a beer or twenty with either of these gut-busting funnymen, only one expounded a distinctively Dudeist worldview: George Carlin. The philosophical legacy he bequeathed the world might be summed up simply as “fuck it.”

Nowadays, we take freedom of speech more or less for granted, but in Carlin’s day, you could easily be thrown in jail for saying “the wrong thing.” Today, pop culture can go anywhere it likes, mostly due to the influence of trailblazers like Carlin. However, just because it can go anywhere it likes, doesn’t mean it’s necessarily any good. What Carlin did was expand the boundaries, but also do it with intelligence, pathos and humanity.

I deeply believe that the late Lenny Bruce should be on this list. He blazed the trail for later philosophers such as Carlin who certainly carried the torch forward.