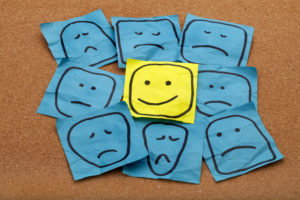 Summary: A philosophy that states that the morally correct action is that which produces the most good.
Category: Philosophies

Utilitarianism is an inherently complex philosophy based on a simple principle–our objective as humans is to produce good in the world. But what is good? That’s where the issue gets thorny. However, by developing an impartial view of the world and its agents, rather than putting ourselves always in the center, we can begin to see that “it’s not all about us.” Critics would point to the fact that most terrible things in history were done with “the greater good” in mind.  But a staunch Utilitarian might counter that these disasters weren’t really done with the greater good in mind, or were based on faulty reasoning.

“For the ‘Greater Good'” doesn’t always define who the “GOOD” is greatest for. Most often people centralize themselves and the greatest good is stacked to benefit the central element. True altruism is truly rare, man.

“The greater good” would be the most good for the most people, and true altruism doesn’t exist man.

I see good or bad as perspective, so a “greater good” or to benefit of most. is all on your point of view man.
So when you take yourself out of the picture, it is what it is

Yea like consider WW2 I mean if you weren’t part of the Allies, you wouldn’t think they wanted the greater good.
As you mentioned, best to remove yourself from the zeitgeist of group think.

Greater good don’t always come but good comes first before greater one, which changes the mind on which ones to desire

Its simple your must be a human

Q. What is Good ? ??
Ans. This is Very important question directly for Life Development. But difficult for decision-making process.

After reading “The Ones Who Walk Away from Omelas” by Ursula Le Guin, I find utilitarianism troubling. The greatest good for the greatest number is a fine concept until you encounter the sacrificial lambs that make that good possible. What of *their* humanity?

What if the lamb is someone you love? Would you sacrifice Isaac, Abraham?

Yet, from a purely logical point of view, utilitarianism makes the most sense.